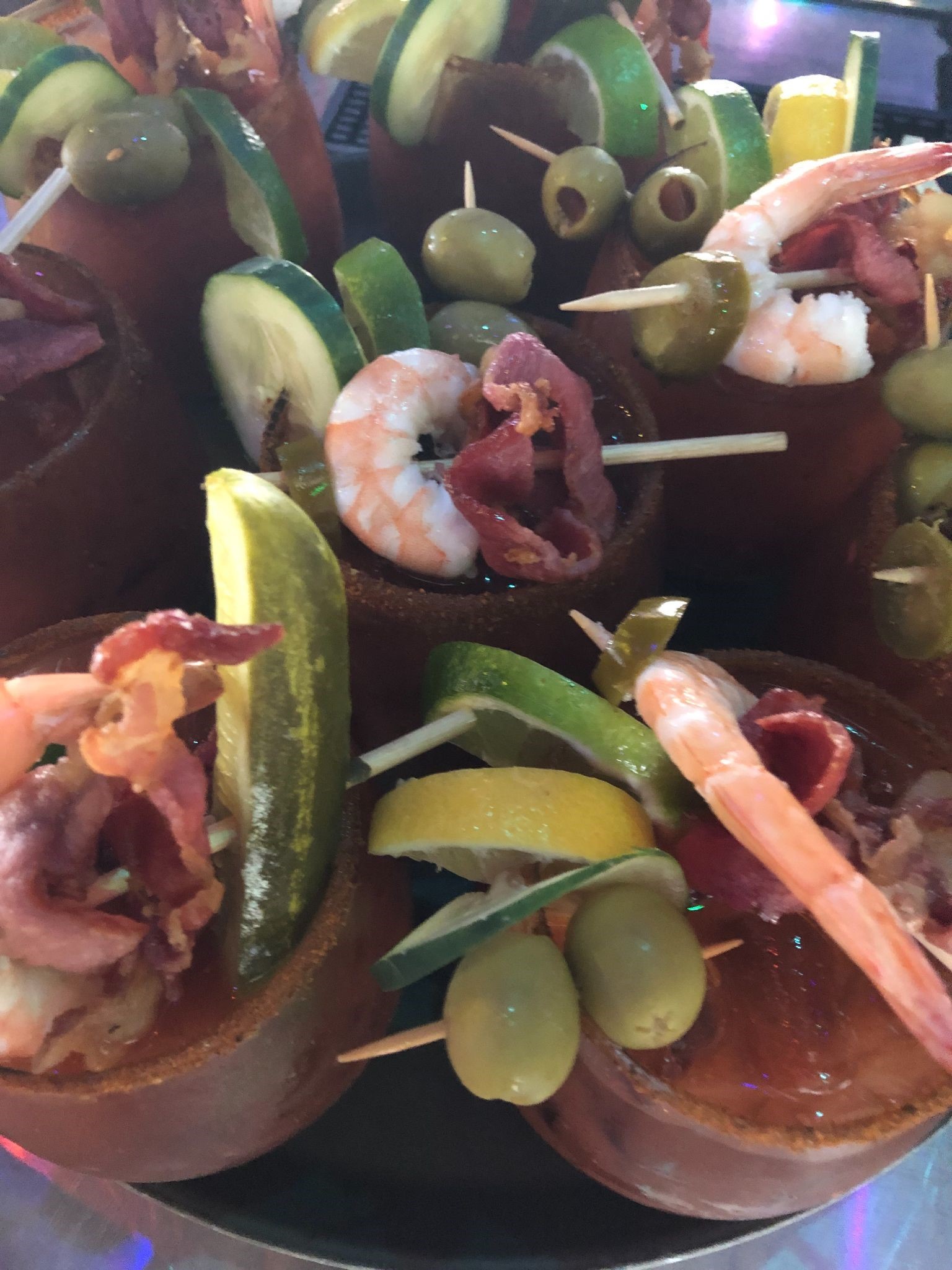 There are so many origin myths behind this cocktail, that one could argue the history of it is as murky as the tomato juice that it is made from. But the one that cocktail historians tend to agree has the most truth gives credit to American Fernand Petiot, aka “Pete”. It is said that Pete was bartending in Paris at the famed Harry’s New York Bar when he conceived of a rudimentary version in the early 1920’s.

After America finally ended Prohibition, Pete brought the drink home to Manhattan. He presided over the high-end King Cole Bar at the St. Regis Hotel. Because of American sensitivities, the cocktail was renamed the Red Snapper, but it was in that New York bar that the drink started to become what we know it to be today. Pete dressed up the tomato juice and vodka mixture by adding various seasonings like horseradish, Tabasco Sauce, lemon juice and celery salt.

To say that it has caught on is an understatement. The drink’s popularity spread like wildfire…. which is an interesting play on words when you consider the name of the drink is supposed to be a jab at Queen Mary I of England. Cocktail theorists say that the tomato juice is representative of the blood spilled, while the vodka represents the fire used during the brutal executions of protestant heretics in the mid-1500s. Rudolph Kunett is to thank for the popularity of this cocktail. Kunett was the owner of Smirnoff. In the 1950s and 1960s Kunett spend millions of dollars promoting cocktails that contained his liquor.

Part of the reason the Bloody Mary has become so popular is that it is not a spirit driven drink. You could even call it the crockpot drink of cocktails. The Bloody Mary isn’t a drink that has to follow a specific recipe. That is because it doesn’t have a prescribed taste. It is a drink that every “weekend bartender” can make to their own specifications. They can infuse their own flavors, make it taste the way that makes them happy. Some like it sipped through a straw with lots of kick, some prefer a milder option. This is the drink that gives you options.

At Pawley’s Raw Bar we stick a little closer to the original recipe. While we can’t give you the exact details, we can tell you that it is delicious and worth trying. As you can see, we garnish our Bloody Mary with a diverse mixture. Shrimp, olives, lemon, lime, pickle and jalapeno bacon! This is a combination you will not forget!